If you're working with someone on a complicated board design and are finding it difficult to describe (or understand) the way to set things up, or even if you're just trying to piece together a tricky way to use Factories all by yourself, give the WarGear Modeling Language a try.

It doesn't have to be pretty. Scribble it out, scan it, and then post it on the board's Wiki.

Check this out if you want to see them in action on a Wiki. 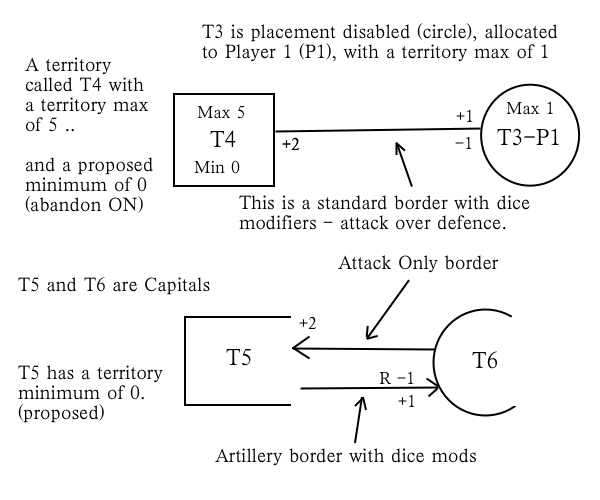 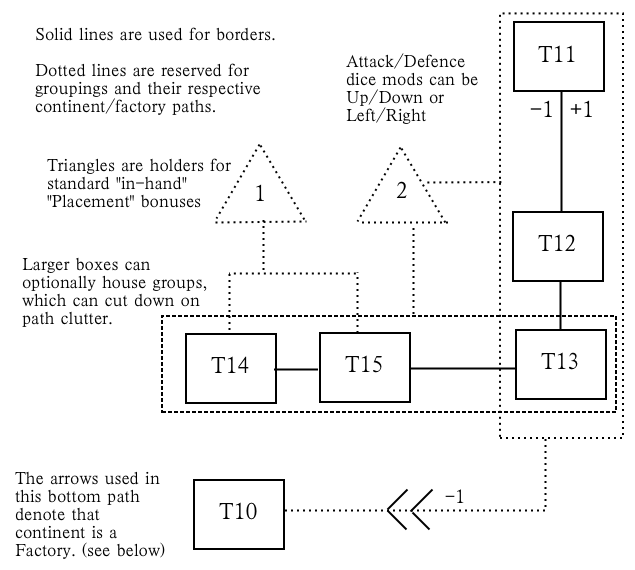 Learn about how Factories work here. 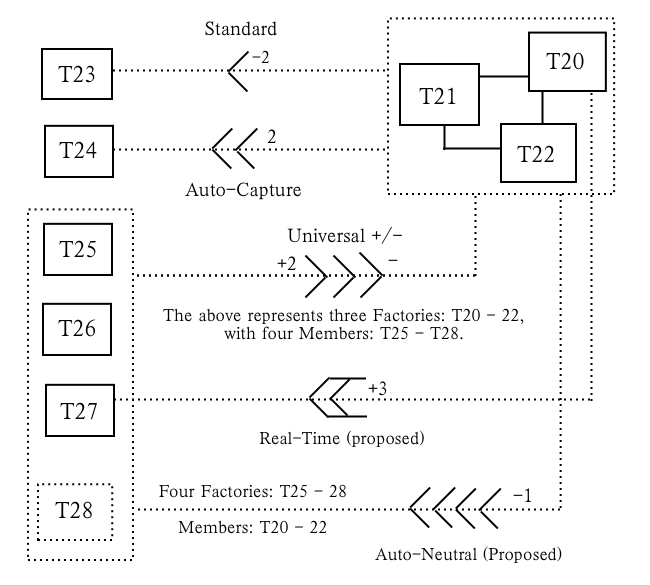 T-28 (dotted) above is a Token Territory. (proposed)
Click here to learn more about Auto-Neutral

Horizontal and vertical paths are preferred because of left/right and up/down conventions. 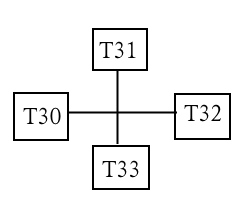 Lines that intersect ignore each other.

..and while this is an acceptable way to connect them all.. 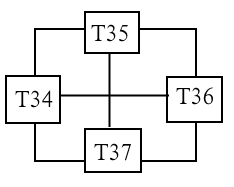 ..this is much more efficient.

Note with the last example simple dice modifiers can be included when they apply to all attacks going to that territory, but the previous example might be necessary to use if more complex dice modifiers are involved.

This is even more efficient if these four do not border any other territories. 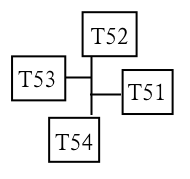 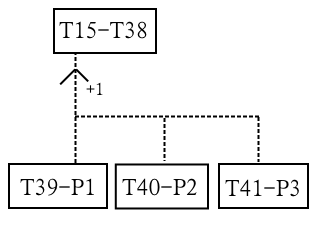 Here is an example of a 24 x 3 array (72 factories), where each of the three player territories put a single unit on any named territory that they control.